Pidgins started their major development in the 16th and 17th centuries, as a consequence of European imperialism.

Pidginization is the process of simplification and hybridization of two or more languages that have come into contact. Should there be only two, there would exist a relation of dominance of one over the other, based mainly on power.

Usually, pidgin serves a limited and specific purpose such as trade. The mechanism of its creation is a progressive hybridization of words from a language ordered according to the syntax of the oher. Grammar gets simplified so as to facilitate communication and acquisition of pidgin by its users, who keep using their native language. 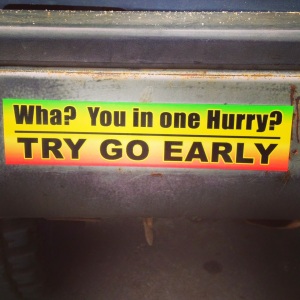 Although not every pidgin becomes a creole, some pidgins are used for centuries and eventually evolve through means of a process known as creolization: the language which was previously used for purposeful communication is acquired now as a mother tongue by the new generation and have to meet the demand for all kinds of communicative needs and purposes, expanding and becoming more complex in its grammatical structure and its phonology. It may even become an official language as it happened in Papua New Guinea. Some pidgins, after undergoing the process of creolization have gained a status of language in their own right. Kishwahili, Hawaiian Creole English, or Haitian Creole -with five million speakers- are some of them.