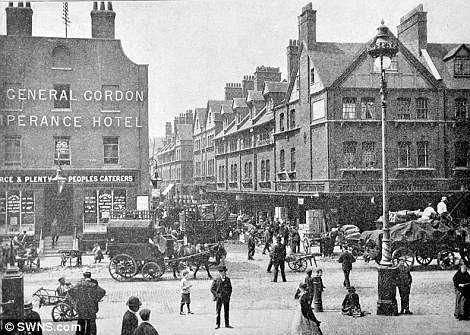 The People of the Abyss (1903) is an account of the life conditions of the poor in the East End of London collected by Jack London during his first hand experience staying in workhouses and sleeping in the street as part of his personal exploration of the under-world. He carried out his experiment at a time of affluence, in 1902, but during which 500,000 people were estimated to live in the described conditions: “The starvation and lack of shelter encountered constituted a chronic condition of misery, which is never wiped out, even in periods of great prosperity”, he asserted. In January 1903, there was no space left in the workhouses and the means were exhausted. 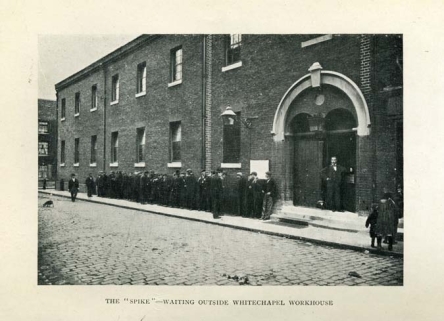 He visits Johnny Upright’s home in order to have a place where he could receive his mail and, work on his notes, and gets a cold treatment as he usually does in his shabby clothes, until he speaks to Mrs. Upright. He then starts looking for a room, and learns that even the largest families in this stratum of society took just a room and even took lodgers in. He´s offered a room with two other lodgers and exchanges impressions with a lower class youth: “From the moment of his birth , all the forces of his environment had tended to harden him, and he viewed his wretched, inevitable future with a callousness and unconcern I could not shake”, and learn about the aged poor, a 71% of the population of London, through a newspaper article, how they age alone and die of self-neglect, 450,000 a day. “The Abyss seems to exude a stupefying atmosphere of torpor, which wraps about them and deadens them (…) the full belly and the evening pipe is all they demand, or dream of demanding, from existence”. The environmental conditions they live submerged in are poisonous, as pollution forms solid deposits on every surface.
Jack London decides to see things for himself and not merely to be informed by other people´s theoretical work on the subject of poverty, such as Engels’ or Jacob Riis’s, so that he could see the human factor: “how they live, why are they living, what for”. He finds that there was a slum at a five minute walk from any point in London, but the cabbies refused to drive to the East End, which was a neverending slum packed with a “crowd of shabby white people” belonging to a new different race of “short, beer-sodden, wretched” individuals. He stops by an old-clothes shop and the shop owner thought he was a high-class American criminal. He arrays himself in the shabby clothes and sews one gold sovereign in the armpit just in case he encounters difficulties. He then experiences the different in status effected by his clothes and notices that “all servility – towards him- vanished from the demeanour” and he was called ‘mate’ instead of ‘sir’ or ‘guv`nor’, escaping “the pestilence of tipping and encountered mean on a basis of equality (…) I had to be more lively in avoiding vehicles. Life had cheapened in direct ratio to my clothes”. Lower classes “talked as natural men should without the least idea of getting anything out of me”. The fear of the mob vanished completely as London became –in appearance- one of them. 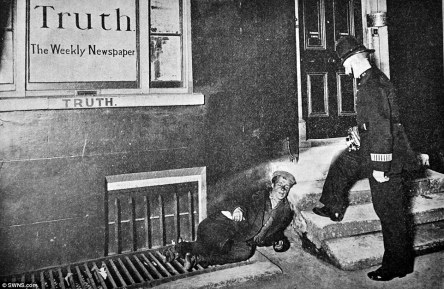 He got immersed in the life of the poor and dejected population of the East End where several men lived encaged in just one room working for 15 hours a day, with their teeth worn down by the friction of the metallic brads used in their trade –shoe-making -. He witnessed the lives of those half-starved men and women dying of consumption, those who could only afford to eat rotten meat once a week, who could only wait patiently for death; cramped rooms full of undernourished infants. He lived with those who couldn’t even afford lodging and tried to sleep in the Spitalfields Garden, a surface with patches of grass here and there and a sharp-spiked iron fencing to deter them from entering its enclosed space. Others, in search of a roof, slept on the benches within Christ´s Church; people covered in rags and filth, open sores and bruises, women who would sell themselves for a loaf of bread. He experienced life in the casual ward and the workhouses. “The Abyss is a huge man-killing machine”.